The Blues of Blu-ray 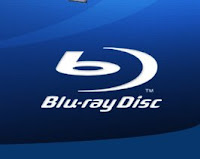 Alright, sorry about the title, it's cheesy. Ok, so this Christmas, I was one of the lucky kids that actually got a PS3. It wasn't for Christmas, it was just 2 days before when I was walking in Wal-mart and spotted they had a new shipment in of 3 PS3s. Couldn't resist, and I picked one up. Now my family recently bought a 720p projector, so the PS3 setup I have going on is ridiculous. Safe a 1080p projector, it's the sickest setup you could possibly imagine. Now, the launch library for PS3 was lacking - and in my opinion, Resistance was highly overrated. It became a very reptitive game after awhile. But mind you, I've never been a huge fan of FPS. So that said, my main enjoyment with owning a PS3 was the Blu-ray capability. Now, before Blu-ray, I had been an extensive DVD collector for about 5 years. I actually own all 3 DVD versions of Lord of the Rings (regular release, extended release, collector's release). I actually own a whole whack of DVDs. Now you're probably thinking that I'm going to complain that I'll have to buy my whole collection again on Blu-ray. Not true. Of course, it would be ideal to own every movie that I have in high def, but the fact of the matter is, I don't have that much money, and on top of that although worse, DVDs aren't so terrible you can't watch them.

So what's my beef with Blu-ray? The uncertainty of its battle with HD-DVD? No. The fact that they cost $10 more than a DVD? No. The ugly looking translucent blue case? No. What has me ticked off about Blu-ray then? Well, here's the deal. The thing I absoutely loved about DVDs, is that not only did they provide a medium that was much higher quality than VHS, but they completely changed the viewing experience. With things like menus, scene selections, and of course endless bonus features. I loved how DVD studios were upping one another to see who could make the greatest DVD with the greatest special features.

What has Blu-ray done? It seems that Blu-ray has taken a step back. And this ticks me off. It seems that to maximize video/audio quality, and not to spend money on the BD50 discs, studios have opted out for BARE BONES DISCS!!!! We're talking nothing but the movie itself (ok, and maybe some cool menus that you can bring up during playback). But c'mon. Viewers nowadays demand that you have everything that a DVD had and more. So higher quality video/audio yes, but package some other stuff in there. And I know HD video and 7.1 audio takes up more space leaving no room for special features, but either go to the BD50 discs, or package another disc. But if I'm paying $30 for the movie, I don't want it to be bare bones. Now, I know this probably won't continue for long. I'm sure Blu-ray and HD-DVD will find really cool ways to use there HDi and BDJ technologies and maximize the use of the disc space, just as DVDs did (remember how 'special features' used to be scene selection and interactive menus), but I gotta say, right now, it's a really sad showing that a Blu-ray disc contains less material than it's DVD equivalent. Of course I want the high quality video/audio, but seriously, studios, don't cheap out on the bonuses. Thanks for reading.
Posted by cli23 at 5:58 PM