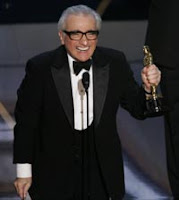 Alright, as a whole...the Oscars last night were pretty dull. I wouldn't say Ellen did a bad job, but she wasn't that entertaining. The montages put together by Michael Mann and whoever else weren't that great. But it wasn't all bad.

I did enjoy Beyonce's performance quite a bit. Granted at some parts, it felt a little over the top- almost like Maya Rudolph was up on stage impersonating Beyonce. But overall, it was a damn good performance. Whether or not they deserved it, the Oscars given to Scorsese and The Departed were nice moments. The interpretive dance and the sound effect choir was really cool too. I was a little upset that Happy Feet won, but that's kind of unjustified 'cause I haven't actually seen that movie. Whatever. Forest Whitaker's win was kind of predictable, but still good. Either way, it wasn't exactly a great year for movies, and the Oscar ceremony itself was definitely on the dull side.

Going from my last post, and basing it on the "G" category of my picks, here was my success rate was 11/24. Not too shabby. I think I did a lot better last year, but not sure. Whatever.

On a completely different note, I saw The Number 23 and Casino Royale this weekend. The Number 23 as a whole kinda sucked. It had its moments, and definitely picked up in the last half, but as a whole, not so great. Casino Royale on the other hand was an amazingly great action movie. They actually found a way to slap an Aston Martin DBS and Parkour into a film and keep its integrity. Alright, that's it for now. Thanks for reading.
Posted by cli23 at 6:01 PM