Give the fans what they want 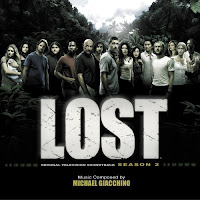 So LOST is back. And man have I missed it. I watched the new episode recently which was soooo good, and got me back into the spirit of it. As I mentioned in my last entry, there are 2 CD soundtracks of the original score released, one for each season and it brought to a realization: I love it when companies give fans what they want. As opposed to what? As opposed to what's marketable. Well, I guess not so much that, it's more that I love it when companies don't hold back something because it's not marketable (I know those are kind of the same thing, but the latter expression is more relevant to what this entry is about). Let's think about it for a second. Sure LOST is a huge phenomenon. Sure die hard LOST fans will buy anything and everything that's attached to the franchise. But really, 2 soundtracks is pushing it when it comes to making a profit, or worth investing your time. I mean I'm sure there are people who will buy it (well, me for one), but the majority of the population wouldn't even acknowledge the existence of these CDs. So I love that studio released these CDs.

Other examples? How about TV show DVDs. I mean there are soooo many shows on DVD right now it's ridiculous. How many times have you gone to HMV or Futureshop or Best Buy or whatever, and passed a TV series on DVD and thought - what the hell? Who would buy this? It's one of those situations where a studio knows that however small a fanbase there is, there's still a fanbase nonetheless. Take Felicity. Felicity was a show that went off the air after just four seasons. Clearly it became a show that was unwise to keep going. So for the DVD release, I'm sure they knew that the fanbase wasn't exactly huge. But nonetheless, they released all four seasons on DVD. Like basically I love how DVDs are bringing back shows for everybody. I mean the other day I saw the Gummi Bears DVD - never thought I would have seen that.

I'm not naive to think that studios are doing it solely for the fans - I mean of course they're making money off it. But still, with how much stuff they could release, I'm glad they're making an effort to release things that probably won't get the huge record breaking revenue and not just shoving it on the shelf.

I started this entry with companies releasing things that people want - but really the best example I can think of that is DVDs. So I'll end with this. It's nice to know that even though you were the only person among everybody you know who enjoyed a show or movie, you can rest easy that it's probably on DVD. And if it's not, you can probably rest easy that some studio is working on getting it out (damn, when are they gonna clear the rights for The Wonder Years). Wow, my thoughts are really all over the place. I guess it's a good thing my blog is entitled "random thoughts". Anyways, I'll end it there. Thanks for reading.
Posted by cli23 at 12:03 AM