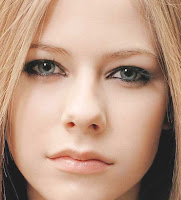 Ok, what is it with certain artists today? No - this isn't a pretentious pitchforkmedia-esque post about the current state of music. And no, I'm not talking about great great bands sselling out, or putting out bad music recently. I'm talking about mediocre everyday artists that have gotten horribly worse. And in my opinion, it's not because they're selling out or anything like that - they're just plain and simple making really bad and really annoying music.

I never liked Nelly Furtado to start with. I'm like a Bird I thought was a pretty annoying song sung by a pretty annoying person. Even that stupid Powerless song that everyone seemed to catch onto I thought was kinda boring. But either way, as much as I hated those songs, it wouldn't kill me to not turn the dial when they came on the radio (if I ever listened to radio). But now - well, not now, more like 4-5 months ago - she comes out with Maneater - holy man do I ever find this song annoying. Permiscuous was rather catchy, and decent clubbing song, not great, but not horrible. Maneater on the other hand - man can I ever not stand this song! The chorus is pretty damn boring, but the verses - ugh! Quite annoying.

But why am I bringing up a song that's 4-5 months old now? Well, there's another song kinda in this category. Avril Lavigne's new one. Ugh. Now, I'll admit, I actually liked Avril's first album. Songs like Tomorrow and Naked were actually really good songs. And I did enjoy My Happy Ending from her second album when I felt like appeasing my guilty pop-music pleasure. But holy wah - what the hell happened with her new song - Girlfriend is it called? - man is it ever annoying.

The thing is - I can deal with songs that aren't that great, or if they're kinda boring, or if they're harmless. But the thing is - I can't stand songs that drive me mad because they're just so annoying! Anyway, I really hate these two songs and felt like bringing it up. Hmm, come to think of it, those are 2 canadian artists. That's too bad 'cause we have so much good music coming out of this country too (Arcade Fire, Stars, Broken Social Scene, Stabilo, Pilate, Sarah Harmer, Ron Sexsmith, Matthew Good just to mention a few). Thanks for reading.
Posted by cli23 at 10:51 PM

I think it's annoying that you said annoying so many times.
;)

Shhhh! You weren't supposed to mention they are Canadian. Let people think they are American. Our name is too good to soil!