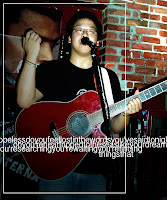 Alright, so as usual, an apology is in order. Actually 2 are in order. First of all, to my regular readers - I'm sorry for the lack of updates over the past week or so. As my fellow blogger, Alicia, guessed - I was shooting a short film again. We had 6 night shoots - which basically means we work from 7:00pm or so til 7:00am or so - so that leaves me really tired and unable to blog. So sorry for that - and thanks to those who have been checking in.

Second apology? After reviewing my past posting, the Top 10 Most Overrated Cars - I have to retract my statement about every lotus being overrated. They are actually nice cars and deserve the recognition that they have going for them. Or if they don't, they for sure don't deserve to be at the top of that list. What does? I'm not sure really, but you can be the judge.

K - so now that that's out of the way - I was wondering what I should write about today? Well, I thought I just may take the leap and actually just write about what's been hapenning in my life recently. I know that's a stretch for a blogger, but I'm just gonna have to do it.

Well, I'm not gonna talk about the shoot 'cause as exciting as it was - it's not really the kind of thing I could make interesting. So I'm gonna jump into some personal exciting news. My long time friends just announced that they're getting married. So a shout out to Tess and Iain. They're the kind of couple that you couldn't wait to get married. The kind of friends whose marriage you've been waiting for because all the other weddings you've been attending haven't been all that involving. I've actually been friends with Iain since kindergarten - so that's definitely chill. What's more - he's named me his best man - so that's definitely cool! Basically I'm pretty stoked about this wedding.

Video Games. Ah video games. Me and my buddy Arjay on Friday - after finishing shooting our films, had some time to hang out and we just had the itch to play some video games. So we rented ourselves an XBOX360 along with Fantastic Four, Forza 2, Call of Duty 3, and Fifa '07. And I gotta say, as fun as those were to play - they just didn't scratch that itch quite fully. So then today, we, along with our other partner in crime Chris, decided to pick up Gears of War. K - seriously - how amazing is this game!!!!! I can't remember the last time I had this much fun with a video game (well, actually i can, it was Guitar Hero, but nevertheless). The graphics are absolutely phenomenol, and the gameplay - oh man the gameplay. That "A" button movement is so brilliant, and the challenges they present are just so intense. No to mention the co-op mode - that has to seriously be the best part. I'm sure most gamers have gotten their hands on this not so hidden gem, but if you haven't do not deny yourself the pleasure.

Saturday night. Oh man Saturday night was a blast. Back where I was living for the last five years, I had a weekly gig at a bar playing acoustic shows for about 3 hours every saturday night. It was a sweet time to actually have a place I could regularly play. After I moved out here in October, however, I had nowhere to play. I was new to the city and it was just hard to get a gig anywhere. So I had been missing it sorely. Come last saturday, this house party popped up and I was invited to bring my guitar - so I did - and I played my heart out and it was amazing. I don't think I'd ever sung better, and the people there really enjoyed it. So that was definitely an amazing night. I was pumping out the Dave Matthews, Damien Rice, Blue Rodeo, and even snuck in an original tune. Just unbelieveable night.

Alright, so I guess that's really it. I'm gonna try to get back into the gym this week and potentially startup Fit to Live again. We'll see. Realistically it'll be happening earliest wednesday. The good news is, I've been losing weight over the shoot week anyway:) (maybe not the healthy way, but some way:))

Hopefully I'll be updating more frequently, but as for now, thanks for reading.
Posted by cli23 at 11:33 PM

Saturday night sounds like it was a lot of fun!
Glad to hear you're doing well.
Best man, huh?
Very cool!