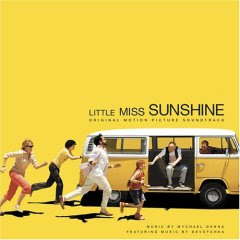 Alright, so last time I left you guys, I was talking about WB songs and how the line between what is and what isn't has been significantly blurred with the advent of recent movie songs. Some movies do opt for the WB song style, but other pick more independent sounding songs that work just as well to evoke emotion. The funny thing is that some of these movie songs really wouldn't work as WB songs - some would, but some wouldn't. This makes that definition really confusing. Anyhow, here's my top ten list of movie songs in the genre and definition in which I'm talking about - i.e., the songs that change and confuse the definition of a WB song which excludes movies scores, songs composed for the movie, and iconic movie songs.

10. Don't Panic by Coldplay
9. Elevator Love Letter by The Stars
8. Wise Up by Aimee Mann
7. Consequence by The Notwist
6. Trains from Brazil by The Guillemots
5. Out of Egpyt, Into... by Sufjan Stevens
4. The Trapeze Swinger by Iron & Wine
3. Last Goodbye by Jeff Buckley
2. Hoppipolla by Sigur Ros
1. How It Ends/The Winner Is by Devotchka/Mychael Danna