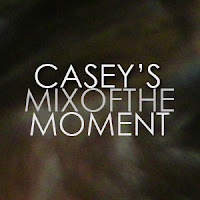 So to coincide with my last posting about hip hop, this edition's Mix of the Moment is gonna be hip hop based.