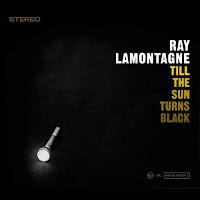 I'm probably one of the biggest hypocrites when it comes to music. I'm always going around suggesting artists to countless amount of people. "Oh you should listen to this", "Oh have you heard their new album?", "You have to download this song!". Yet, when it comes to people suggesting stuff to me, I barely give it a thought.

Well, that's not entirely true. But it usually takes me forever to listen to anything that people suggest to me. And I'm always a little skeptical. I used to be a massive massive Dave Matthews fan (I'm still pretty damn big, but I used to be ridiculously into him). As such, the suggestions came flying in. Hey, you should listen to Jack Johnson. Hey, you should get into Ben Harper. And I gotta say - both those artists - yeah - not in my books of good music.

But among that style of music came the suggestion of Ray Lamontagne. And holy wah have I ever been missing out. I mean I listened to Dave Matthews, John Mayer, Damien Rice, Jason Mraz, Teitur - all these acoustic singer songwriters, yet somehow Ray Lamontagne never made it into my collection. And to tell you the truth, I'm not sure why I decided to start listening to him. It all started with Barfly - it was a pretty relaxing song that I'd put on occasionally at night or while I was cleaning up the house. Then recently, during my endless nights of editing - I decided to listen to his whole album, Til the Sun Turns Black. And again - holy wah! Every song just kept getting better and better until it culminated into one of the greatest endings to an album I've heard since, Eskimo. The two tracks Til The Sun Turns Black and Within You create this epic 10 minute or so ending that's perfect for late night whatevers.

I love albums that have a universal feel throughout. Obviously some albums are praised for their diversity and ability to hit so many different notes - and I respect that. But when it comes to tossing on an album, I want an album that I can listen to front to back and not have to change the mood I'm in. Teitur's Poetry and Airplanes and Damien Rice's O are perfect examples of these types of albums. And those albums are held pretty freakin' high in my books.

Ray Lamontagne's Til the Sun Turns Black now joins the ranks. Well done Ray. Thanks for reading.
Posted by cli23 at 10:44 PM

I'll definitely check it out.
Thanks for the heads up!