Video killed the radio star, but the radio's still got some kick... 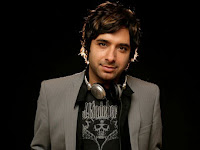 (This posting was taken from my MySpace blog, dated Monday September 4th 2006)

So, alright, here's my big talk and promotion for CBC Radio. I've been listening to CBC radio for about a year now and have gotten a good dose of it - and let me tell you it's very very good. CBC Radio 3 has awesome indie music for sure, but I'm talking the Talk Radio of CBC Radio 1. I have to warn you readers though, its a big time acquired taste.

Oh wait - I forgot we might have some non-Canadian readers out there. CBC Radio is the government funded Canadian Broadcast Corporation Radio station. It's like the Canadian equivalent of the BBC (it seems people know more about the BBC).

Alright, so here's the thing. You have to listen to it and you have to listen to it for awhile 'cause every now and then you catch the quality shows. Granted, you might at times think, man, this is boring - but seriously listen to what they have to say. Sometimes they'll talk about your favourite bands like Rufus Wainwright, Broken Social Scene, or Wolf Parade. Way better than listening to those crap radio stations who play Three Days Grace and Nickelback all day.

Let's take "Freestyle" for example. Now again, if you start listening to this show for the first time, you may think - man, these guys are squares and are only pretending to be hip. Their tone of voice may suggest that. But after a few quick listens, you realize, these guys really know what they're talking about. I remember listening one day and they played Sondre Lerche! Damn - I dare you to name another radio station who's even heard of Sondre Lerche. Today they had a sweet show on songs of summers 1984 to 2006 and I must say - the really nailed some of them. Definitely a great show.

The really nice thing about talk radio too is that it's always different. None of this hear the same song 3 times within an hour. I don't care how much you like "I Hate Everything About You", when you hear it 3 times in an hour it gets tiresome. On CBC radio, you're always hearing things for the first time.

Sometimes you really hear interesting stuff too. Today (I can't remember what show), but they were interviewing this guy, Ian Kootz who wrote a book on male adolescent questions like "Do we really need to shower?" and the answers were quite entertaining. Or questions like "What does it feel like to be buried alive?"

Sometimes you get things that would only happen on live radio (please refer to one of my previous posts).

But what I wanna stress is that aside from all the great talk radio you get from CBC Radio 1 - the rare moments when you catch the music - it's really good music. All you "indietastic" lovers will love the music they play. Again, I've heard Sondre Lerche, Rufus Wainwright, and Wolf Parade. And they're always talking about BSS (and all their subsidiaries).

For music lovers, you have to check out the show "The National Playlist", I believe it's on at 11:30 weekdays. It's like a top ten with panelists. Panelists select songs up for nomination and then discuss the songs and have listeners vote. The discussions are very good - like true music lovers discussing good music with very little pretention. It's really interesting to hear what others have to say about some of your favourite songs.

I can thank CBC radio for my discovery of Madeleine Peyroux.

Oh and I guess another really big thing about CBC radio - it keeps you informed while entertained. I very very very rarely watch or read the news. But CBC Radio cleverly (manditorily) sticks the news between your favourite shows in short 3 minute updates and bam - you're back with the rest of the world. If TV played all the days news during commercial breaks, I'd probably watch it.

Basically here's my thing - I though I'd be the last person to listen to talk radio - but when I got sick of my CDs I wasn't about to listen to the crappy radio stations. So I turned to CBC radio and I discovered such a gem. You guys really have to give it a chance. Find your local tuning of it or listen to it on the internet (cbc.ca). It really is an amazing radio station.

P.S: You have to check out the show Brave New Waves - I think it's on CBC Radio 2. It's got the most entertainly weird music ever!